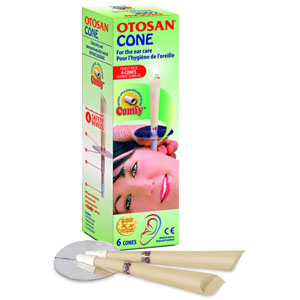 Otosan Ear Cone arose from the rediscovery of a traditional ear hygiene method and is a natural, practical, safe and effective device, which, through beneficial heat and a chimney effect, helps to eliminate impurities and excess earwax from the ear.

Otosan Ear Cone therefore helps to prevent the build up of wax plugs and supports their removal, contributing in this way to restoring ear pressure, for example, after spending time in the mountains, flying or scuba diving.

It is recommended for adults and children, and especially for people working in dusty environments, for those suffering from excess earwax and people who use external hearing aids.

It also helps to eliminate any residual water in the ear canal after swimming in the sea or a pool.

Today, with the addition of propolis, Otosan Ear Cone develops an efficient protective action for the ears since the heat created regenerates local blood flow, providing a feeling of well-being and general physical relaxation.

Propolis is renowned for its healing properties and has a general probiotic action that also provides effective protection for the ear. Once the ear cone is lit, the propolis in the Otosan ear cone releases its volatile fraction that penetrates gently into the ear canal, improving its natural defences.

2) Insert the ear cone into the protective disc (with the silver part facing upwards) until beneath the flame-breaking ring. Light the wider end of the ear cone.

3) Rest your head on a table and insert the ear cone with the Comfy applicator over your outer ear, keeping it in a vertical position.

4) When the flame has burnt down the ear cone to the Flame-breaking ring, take it out of the ear and extinguish it in a glass of water. Repeat this treatment in the other ear.

About The Comfy Applicator

The new Comfy invention is one of the main improvements to the ear cone.

The soft, patented device fits to the walls of the ear, making the treatment more gentle and pleasant. In addition, the applicator increases ear cone safety, since it ensures correct positioning at the right depth in the ear canal.

The ear cones are equipped with four protective devices so that they can be used safely.

The Flame-breaking Ring automatically extinguishes the flame and shows the correct lighting area so that treatment may be interrupted, making it easier, safer and more practical to use.

The Protective Disc, applied to the base of the Otosan ear cone, protects the ear and the head during the entire treatment.

The Stop-Drop Device, inserted inside the Otosan ear cone, acts as a drop-stop valve that prevents any melted wax or other combustion residues from entering the ear canal.

The Comfy Applicator is the new exclusive patented device, which makes this treatment extremely comfortable and also guarantees maximum treatment effectiveness and safety.

Carefully read the instructions for use.

1. How often should it be used?
They suggest using the Otosan Ear Cone about once a month, depending on individual needs.

2. Which conditions is it recommended for?
The Otosan Ear Cone helps to remove wax plugs and solves some related conditions, such as buzzing, whistling, background noises, blocked-ear sensation, ear pressure imbalance and transmission loss. These conditions may, however, be linked to other pathologies; therefore, before using the ear cone please consult an ENT specialist to verify the presence of a wax plug and rule out other causes.

3. Does it have any side effects?
Scientific research has demonstrated that the Otosan Ear Cone is normally well tolerated. Before use, please read the instruction leaflet.

4. Can I use the Otosan Ear Cone together with the Otosan Ear Drops. The effectiveness of the ear cone is improved when combined with the ear drops. In fact, these combined solutions are a complete system that ensures truly accurate hygiene and natural well-being for the ear.

The "ear candle" has an ancient history and has existed for thousands of years in many parts of the world. It was used among many ancient civilisations, such as the Aztecs, the Greeks, the Romans, the ancient Egyptians and other populations, not only for ear hygiene but also for spiritual purification.

In addition to waxed fabrics, linen, cotton or hemp, the ear cone was also made with rolled tobacco or corn leaves.

In Egypt, the reeds of the Nile were used with pressed mud to create protection around the ear. The candle was also widely used in Italy, especially in the rural regions of Romagna, Veneto and Sicily.

Otosan have rediscovered and enhanced this ancient technique in order to offer an effective treatment for ear health and general well-being. 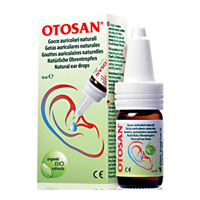 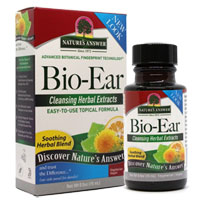 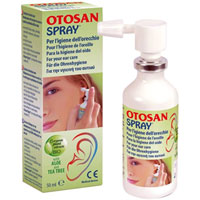 Established in the 1980's from an idea inspired by popular tradition, the company focuses its activities on personal well-being and the natural remedies of the past.